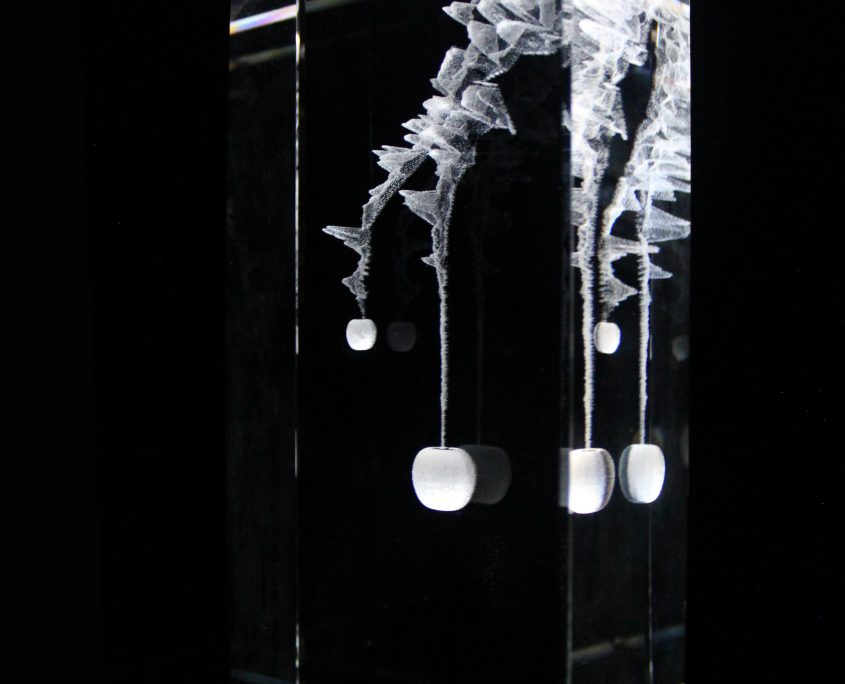 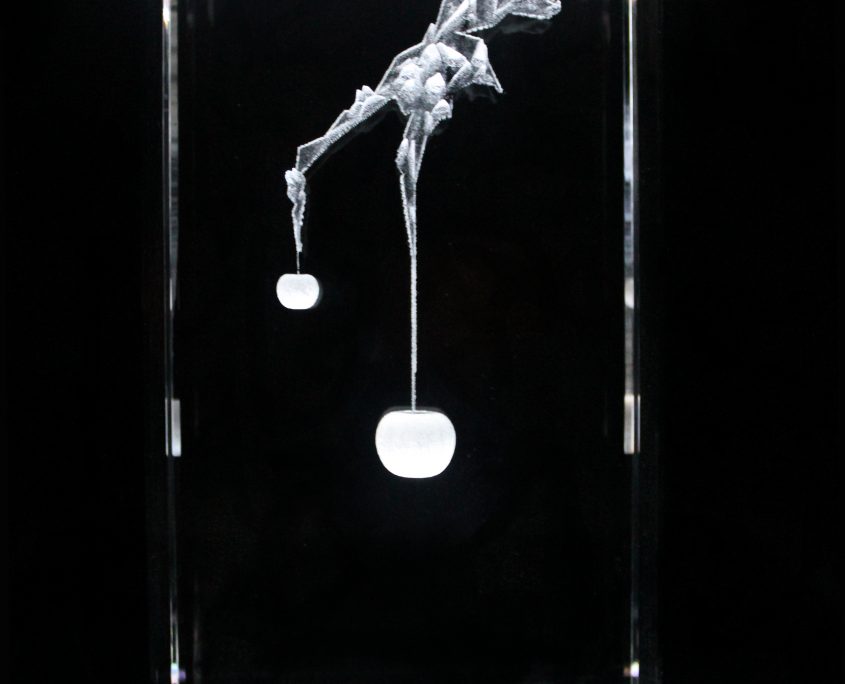 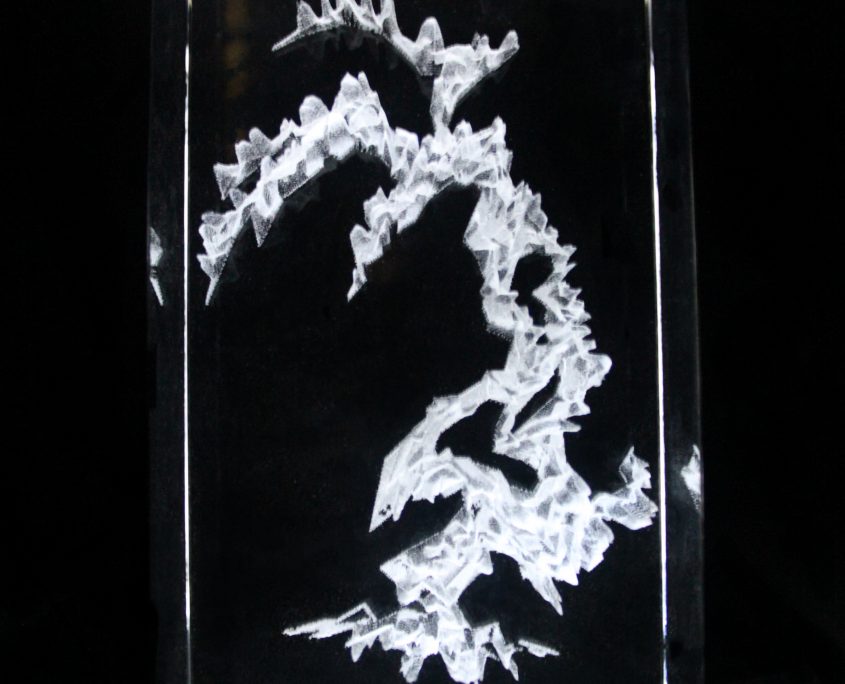 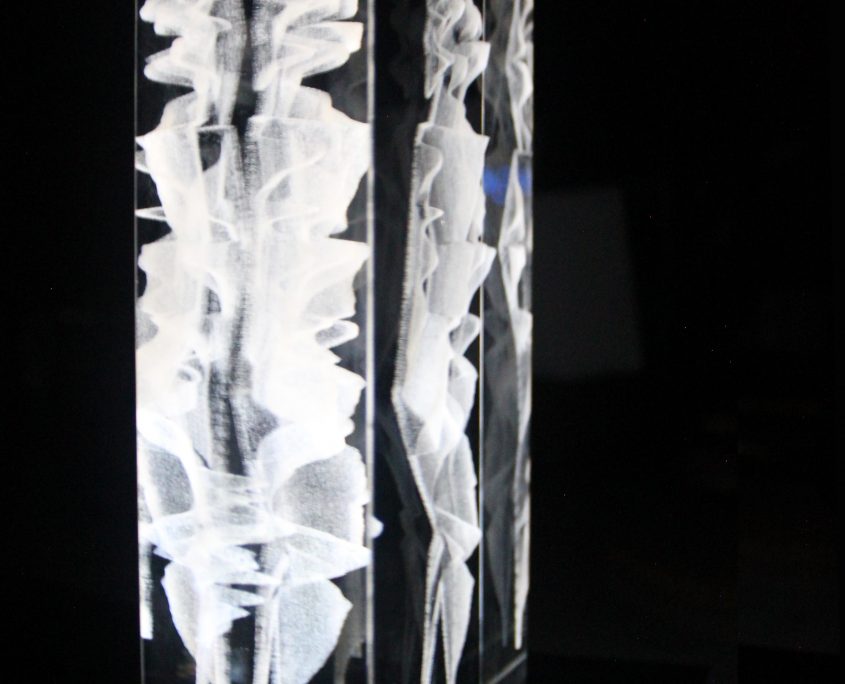 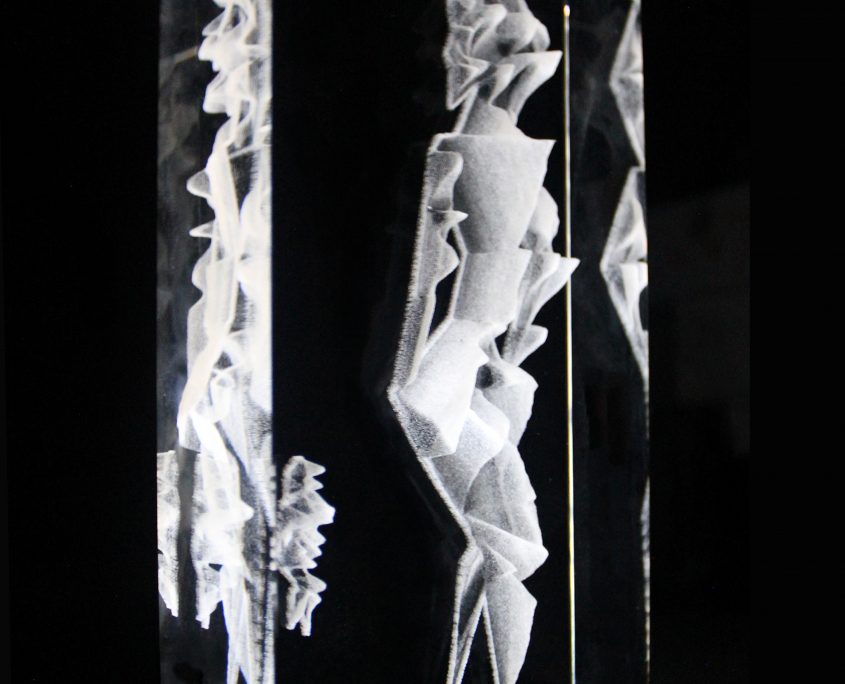 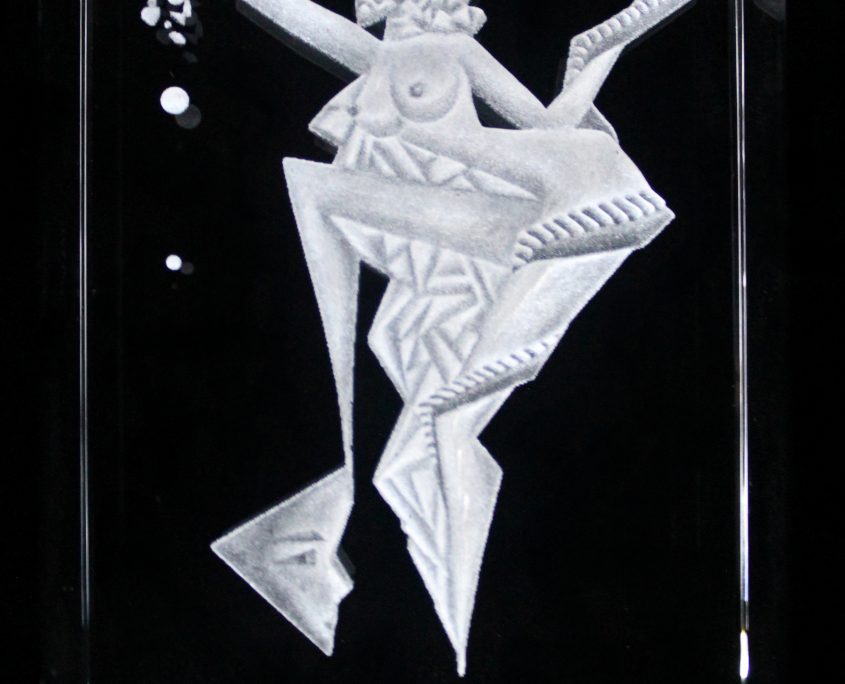 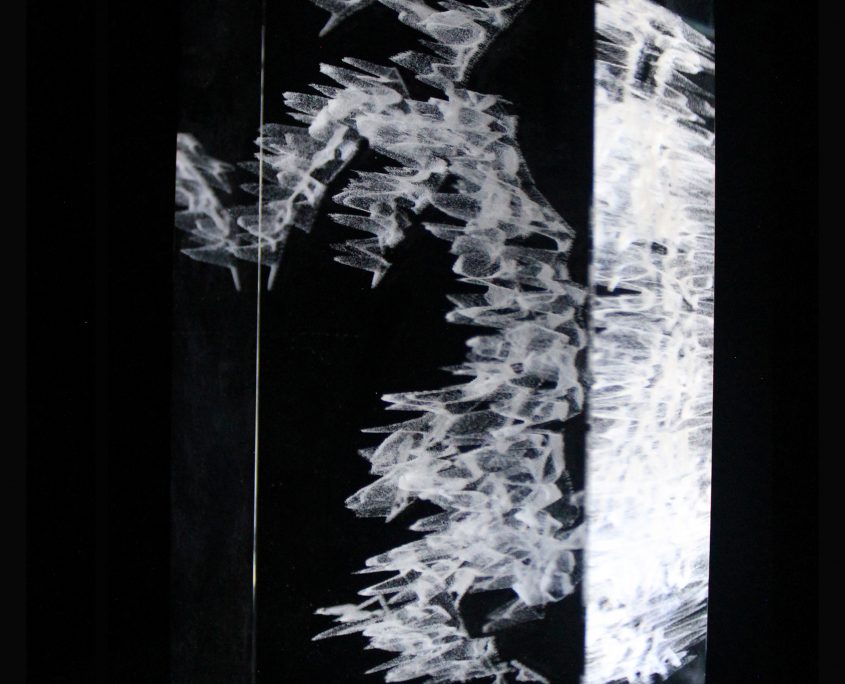 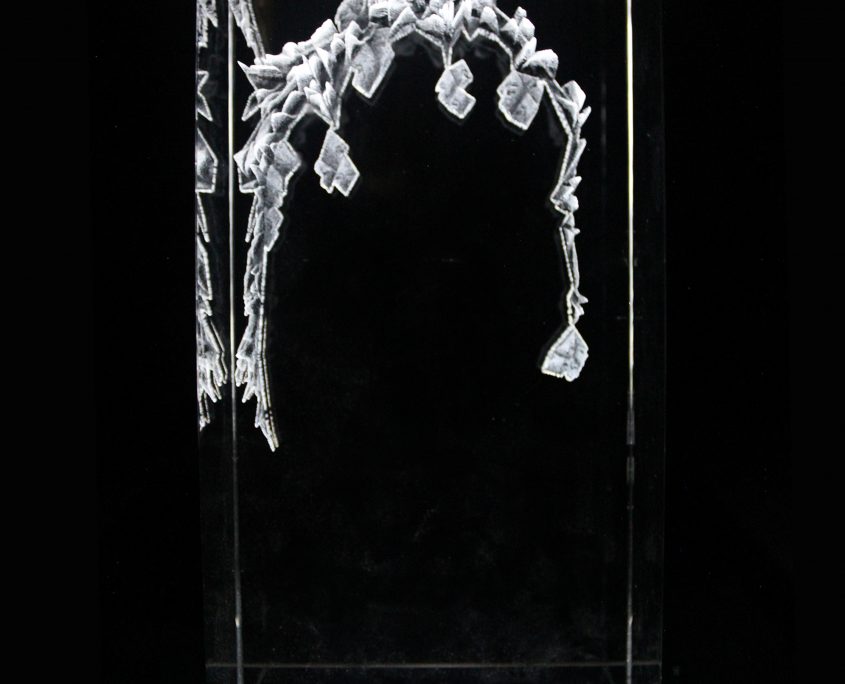 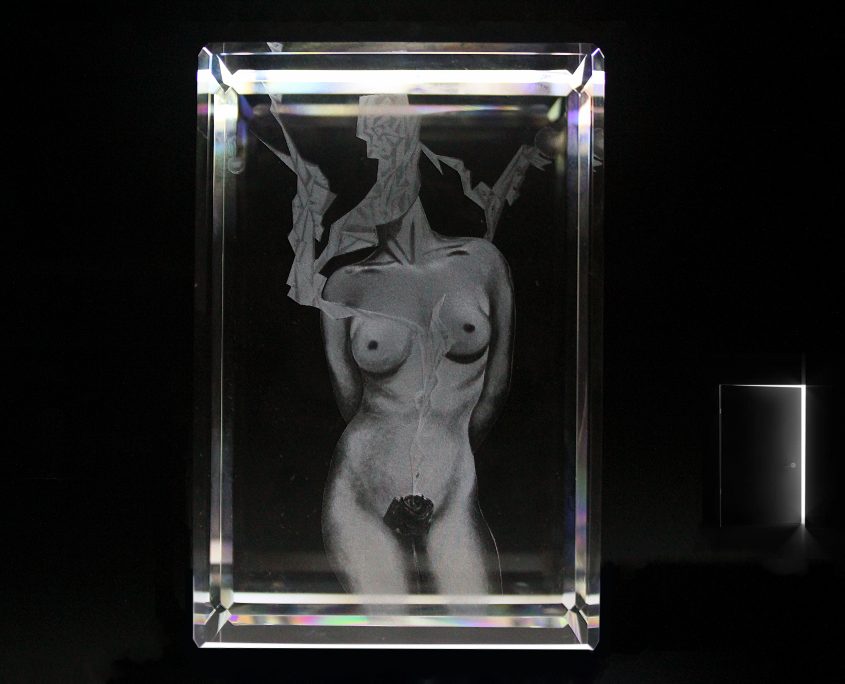 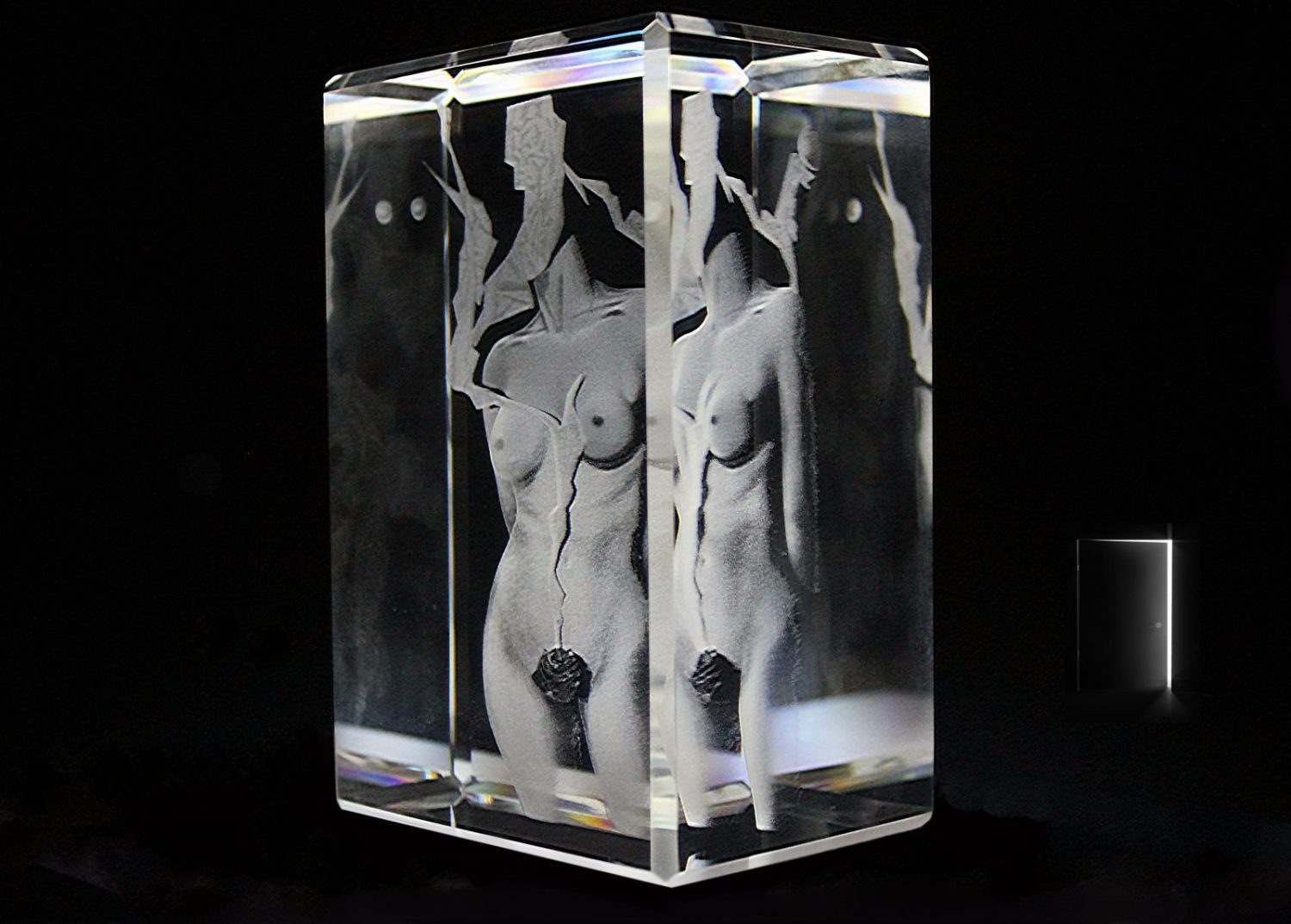 Featuring delicate forms that seem suspended, frozen, or drifting in transparent illusory worlds, the pieces evoke an ethereal, yet chilling sense of fragility and vulnerability. These worlds seem close enough to touch and walk into, but are untouchable, confined within their own ‘bubbles’ like parallel universes. The viewer is at the same time, confined to the outside, unable to escape the role as an outsider looking in and is hence overcome with both loneliness and awe at the multitude of worlds of which we are only part of one.